Veterinary: 2003:
Note: Thiamylal is not available commercially at the time of this update but is still listed in the FDA's "Green Book". Most veterinary anestheisologists are recommending using thiopental as an alternative. The monograph remains in the Veterinary Drug Handbook with the hope that the product may find its way back to the market in the near future.

Veterinary: Pharmacokinetics:
Following IV injection of therapeutic doses, hypnosis and anesthesia occur within one minute. The drug rapidly enters the CNS and then redistributes to muscle and adipose tissue in the body. The short duration of action of these agents is due less to rapid metabolism than to this redistribution out of the CNS and into muscle and fat stores. Greyhounds and other sight hounds may exhibit longer recovery times than other breeds, which may be due to these breed's low body fat levels or differences in the metabolic handling of these agents. Because greyhounds (and other sight hounds) metabolize thiobarbiturates much more slowly than methohexital, many clinicians recommend using methohexital instead. 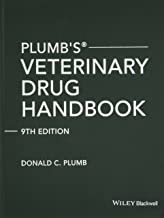 Veterinary: (1999) EMA Thiamylal Summary Report:
Thiamylal sodium is an intravenous ultrashort-acting thiobarbiturate which is often used to produce anaesthesia for minor surgical procedures or for induction of general anaesthesia. Its chemical structure is very similar to that of thiopental. Thiamylal is slightly more potent than thiopental. Thiamylal is administered intravenously to horses, cattle, pigs, goats and sheep as a 4% aqueous solution. The recommended doses in the target species ranges from 3 to 32 mg/kg bw. Thiamylal may be administered alone (to induce anaesthesia) or in conjunction with other anaesthetic agents (for extension of anaesthesia).

In human medicine, thiamylal is used by the intravenous route as a 2.5% solution at an average dose ranging from 1 to 10 mg/kg bw

The onset of anaesthesia induced by thiamylal occurs within 30 to 60 seconds, and recovery maybe expected within 1 to 3 hours. The duration of anaesthesia is approximately 10 to 25 minutes.The major action of thiamylal is depression of the central nervous system.


Thiamylal is still in current use, primarily for induction in surgical anaesthesia or as an anticonvulsant to counteract side effects from other anaesthetics