How Long Does it Stay in Your System?
It is given intravenously and can stay in your system for up to 6 days, depending on a variety of factors. Inform your doctor if you are experiencing any side effects from Pentothal and avoid any interacting medications and alcohol while the drug remains in your system. If you're unsure about the safety of taking other medications or drinking alcohol after receiving an injection of Pentothal, talk to your doctor.

How Long Does Pentothal Stay in Your System?
https://www.therecoveryvillage.com/pentothal-addiction/how-long-stay-in-system/

The drug Sodium Thiopental, marketed as "Penthotal", was discovered in the early 1930s by Abbott Laboratories. It was originally intended to be a new pain killing medicine but showed no results in initial testing. The first human tests on the properties of the new drug commenced in 1934 under Dr Ralph Waters. He found that it had some short-term anaesthetic properties, but again provided no pain relief. Soon afterwards, his colleague Dr John Lundy, started clinical trials on the request of Abbott and the drug was then manufactured until 2004.

When Sodium Thiopental is mentioned, there are usually two things, with which it is associated. The first is that it caused larger numbers of fatalities at Pearl Harbor than the Japanese surprise attack itself, and the other, for avid lovers of spy and crime fiction, is its use as a truth serum.

Truth Serum:
Initially used by doctors during childbirth, it quickly became apparent, that the women continued to discourse freely, while under the influence. They also responded to questions put to them. Clinicians noted uninhibited reactions to questions, free from outside considerations and influences, and it was logically assumed that they spoke the truth. News about this particular effect of this drug reached psychoanalysts, who were looking for a way to help the severely shell-shocked combatants from the two World Wars. Many of the combatants had great difficulty speaking, if they were able to do so at all. Earlier barbiturates had been used in the same way to reduce anxieties and enable the soldiers to speak about their experiences and, ultimately, heal them.

This knowledge then passed on to the police, who quickly saw the potential use of the truth serum in questioning suspects and prisoners. As with the women during childbirth, the prisoners of their situation was supposed to be nullified, so that they would answer questions without making up their own responses. Writers of spy and detective fiction also incorporated this new technique into their work and spread the word to the general public. It sounded logical that a person who was unaware of their surroundings would obviously tell nothing but the truth. And many convictions were made using this method in the US in the early years. Other people looking for the truth, psychiatrists, were soon including truth serums into their practice as well. For them, the potential of unlocking the truth of a patient's past was the aim and patients were 'led back in time' to confront traumas of the past.

A changing point came in 1973 with the publication of the 'Sybil' case, she had been a psychiatric patient since the 1950s onwards, whose diagnosis had established multiple personalities syndrome. Sybil (her real name was Shirley Mason), had been injected with Thiopental after she had presented multiple personalities in her therapy sessions. Reviewing the case later from recordings and transcripts kept by her therapist, it became evident that the psychoanalyst had led her to create 'false memories' and she had obliged and confessed that she had made up all of the other personalities and events. She also had exhibited clear addiction symptoms to Thiopental, but the therapy injections had continued nonetheless. With the publication of the book "Sybil", named after one of the personalities she presented, Mason was eventually 'cured' in 1965. She went into hiding and avoided all friends and family before she died in the late 1980s. 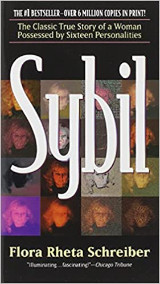 Pearl Harbor:
Apart from the use as a truth serum, the most repeated 'fact' about the drug sodium thiopental is the high number of fatalities it caused in the Hawaiian port of Pearl Harbor after the Japanese surprise attack on 7 December 1941. On that day, there had been 2403 casualties and 1178 wounded amongst US servicemen during and after the attack. 1227 men alone had died on the USS Arizona. Due to lack of details about medical treatment being made available by the US Government, these numbers in themselves were the main point of discussion through the decades, and the relatively new drug Pentothal was presented as the ultimate reason for the large numbers of fatalities alone. It had only been demonstrated to the Army and Navy medical personnel in the days shortly before the attack, and from that point the warning to medical students from the 1950s all the way to the 1990s was:

[...] if you go on to do anaesthesia, you must use this thiopental with great care and diligence because the Yanks killed more of their own at Pearl Harbor than did the Japanese in their attack [...]

Only with the release of documents in 1995 under the Freedom of Information Act was it possible to look at the pure facts and first-hand accounts. A surgeon at one of the army hospitals, which had admitted 160 wounded within 2-3 hours of the start of the attacks, recounted many years later:

Anaesthesia was a problem. Some of the debridements were done under local anaesthesia. But general anaesthesia was needed in many cases and the only nurse anaesthetist was busy in the operating room. [...] We had just been issued a new drug called Pentothal which could be given IV [intravenously] for anaesthesia. We got a box, read the directions and [...] used it on many cases over the next 48 hours with excellent results.

With this as with other reports, there is no mention of any excess in mortality or death related to the use of the drug. Civilian hospitals, which did not come under the restrictions of issuing statements but also treated many attack related casualties, reported in 1942 that ether anaesthesia by the drop method, lends itself well to this type of surgery. It has the advantage of safety and in addition, [...] it may be given by those with little training.

Looking at the files released 50 years after the event, it becomes clear that the stories about the large mortality due to barbiturates were nothing but exaggerated scare stories.

Thiopental sodium acts through the CNS with particular activity in the mesencephalic reticular activating system. It was shown, that mechanism of action of sodium thiopental via GABAA receptor. Thiopental binds at a distinct binding site associated with a Cl- ionopore at the GABAA receptor, increasing the duration of time for which the Cl- ionopore is open. The post-synaptic inhibitory effect of GABA in the thalamus is, therefore, prolonged.

A total of 224 drugs are known to interact with Thiopental.

Summary of Use During Lactation:


Amounts of thiopental in milk are very small.

Existing data indicate that no waiting period is required before resuming breastfeeding after thiopental anesthesia. Breastfeeding can be resumed as soon as the mother has recovered sufficiently from general anesthesia to nurse. When a combination of anesthetic agents is used for a procedure, follow the recommendations for the most problematic medication used during the procedure.

(2011) Lethal injection drug production ends in the US:
Sole US sodium thiopental manufacturer, Hospira, has ceased manufacturing the drug used in administering death penalties. The US manufacturer, Hospira, says that it will stop production entirely after a bid to start making sodium thiopental in Italy stalled when the Rome government said it would only license manufacture if the drug was not used in executions. Hospira said it intended to manufacture sodium thiopental to serve hospitals but "could not prevent the drug from being diverted to departments of corrections for use in capital punishment procedures". "We cannot take the risk that we will be held liable by the Italian authorities if the product is diverted for use in capital punishment," the company said.

Sodium thiopental is an anaesthetic generally used before the administration of two other drugs that halt breathing and stop the heart. However, two states use sodium thiopental alone as it can kill on its own if used in high dosage. Oklahoma has started using pentobarbital, a drug used in doctor-assisted suicides in Oregon and by the Swiss euthanasia group, Dignitas.

Lethal injection drug production ends in the US (2011):
https://www.theguardian.com/world/2011/jan/23/lethal-injection-sodium-thiopental-hospira

(2011) No longer be available:
Sodium thiopental is an important and medically necessary anesthetic agent that has been used for years to induce anesthesia in patients undergoing surgical procedures. Although its use has decreased in recent years due to the introduction of newer medications, such as propofol, sodium thiopental is still considered a first-line anesthetic in many cases including those involving geriatric, neurologic, cardiovascular and obstetric patients, for whom the side effects of other medications could lead to serious complications.

The American Society of Anesthesiologists (ASA) and its members are extremely troubled to learn that the anesthetic drug, sodium thiopental (Pentothal), will no longer be available to patients in the United States due to the unfortunate circumstances in Italy that led the sole manufacturer, Hospira, to cease production of the drug.

ASA Statement on Sodium Thiopental's Removal From the Market:
https://www.asahq.org/about-asa/newsroom/news-releases/2011/01/asa-statement-on-thiopental-removal-from-the-market

(2012) Lethal Injection Challenges Continue Across the Country:
Sodium thiopental has been in short supply since the only U.S. manufacturer, Hospira, Inc., suspended production in 2010 due to concerns about its use in executions. In early 2011, Hospira announced it would halt production of sodium thiopental permanently. In medical procedures, the drug is primarily used to anesthetize surgical patients and induce medical comas. In executions by lethal injection, the drug is part of a three-drug cocktail: the sodium thiopental sedates prisoners before pancuronium bromide and potassium chloride are administered, paralyzing the muscles and stopping the heart.

The shortage has forced several states to find an alternative to sodium thiopental or sources of the drug outside of the United States. In the past year, the Drug Enforcement Agency has seized drug supplies from Alabama, Georgia, Tennessee, and Kentucky because of illegal importation and has raised concerns about how the drugs were manufactured. Additionally, in December 2011, the European Union banned the export of all lethal injection drugs, including sodium thiopental, to the United States. Some states have attempted to explore alternative foreign sources, but none has been approved by the FDA.

(2012) TIL that the only American company that made Sodium thiopental, the drug used in lethal injections, stopped manufacturing it due to its use in executions:
https://www.reddit.com/r/todayilearned/comments/rsstg/til_that_the_only_american_company_that_made/


Sodium thiopental was a core medicine in the World Health Organization's List of Essential Medicines, the safest and most effective medicines needed in a health system, but was supplanted by propofol

It was previously the first of three drugs administered during most lethal injections in the United States, but the US manufacturer Hospira stopped manufacturing the drug and the European Union banned the export of the drug for this purpose.

Thiopental is famously associated with a number of anesthetic deaths in victims of the attack on Pearl Harbor. These deaths, relatively soon after the drug's introduction, were said to be due to excessive doses given to shocked trauma patients. However, recent evidence available through freedom of information legislation was reviewed in the British Journal of Anaesthesia, which has suggested that this story was grossly exaggerated. Of the 344 wounded that were admitted to the Tripler Army Hospital, only 13 did not survive, and it is unlikely that thiopentone overdose was responsible for more than a few of these.